Every day in Syria, volunteer rescue workers from the White Helmets rush to the scenes of bombings to pull people out from under the rubble and carry them to safety. Their courageous and selfless work has given hope to millions of civilians.
The White Helmets are an unlikely group of heroes. These former tailors, bakers, teachers and other ordinary Syrians banded together in 2013 to save the lives others were working so hard to take. They have now saved more than 73,530 lives. But for the work they do, White Helmet volunteers and their civil defence centres are often targeted. Russian and Syrian regime planes bomb civilians, and then they circle back bomb the rescue workers and medical workers who come to help.
Together let’s help replace the rescue equipment and ambulances that they’ve lost in the bombings. Let’s buy them diggers so they can pull heavy concrete slabs off of survivors buried in the rubble. Let’s provide medical care for wounded White Helmets and look after the families of the 146 volunteers killed in the line of duty.
Please help us raise enough money from around the world so that every White Helmet knows their work is powered by great love and support from people around the world.
Please give what you can - these brave volunteers are giving everything.
DONATE HERE 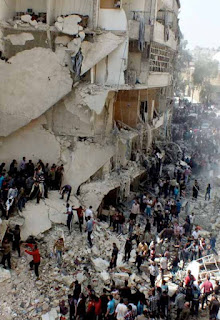 CNN's Jake Tapper: Is It Possible That Trump "Will Never Do A Press Conference" As President?

Tapper: "No President-Elect Has Ever Gone This Long Without Taking Questions From Reporters In Such A Setting After Winning The White House"

Sean Hannity Is Leading The Charge For Trump To Abandon The ... Published on Dec 9, 2016
EXCLUSIVE - Rachel Maddow previews a PPP Poll which contrasts how Trump Supporters live in an ALTERNATE reality where truth and facts have little to no meaning. Trumps people think that he won the popular vote, that UNEMPLOYMENT, THE ECONOMY & The STOCK MARKET are much worse after Obama instead of the documented and undeniable fact that they are all exponentially better. These people have been influenced in a big way by Trump's false rhetoric and FAKE NEWS sites such as Breitbart and Infowars. Trump waged his ongoing fake news campaign purely out of necessity. Trump needed for the country to be in a mess because if it wasn't he would be without a message. What could he say, "Make America as Great as it is Now?" He needed people to be ANGRY; Only then could they look past his rude behavior, unpreparedness for the office and Trump University Scandals and bribes. Think about it, if Trump acknowledged that Obama in his term saw the stock market increase by over 11,000 points and unemployment cut to about half, Trump would have nothing to fix. Hillary would be the obvious choice to continue the work that President Obama has started and to continue down the prosperous path that he has established for the U.S. It's offensive that after inheriting a recession from President Bush and fixing so many of our problems, he is receiving a crappy, rude send off from what has been the most ineffective and dysfunctional majority-Republican Congress of our time. Donald Trump will be inheriting a country that is in a good place and I'm sure he'll figure out a way to take credit for Obama's work.
WATCH THIS  ~ TRUMP THINK

PPP's newest national poll find that although Donald Trump is a little bit more popular than he was during the campaign, a majority of Americans still have a negative opinion of him. 43% of voters view Trump favorably to 51% who have an unfavorable view of him. On PPP's last national poll, in late September, Trump's favorability rating stood at 39/55. Trump's popularity continues to pale in comparison to Barack Obama's. Obama ends his final year in office with a 50/45 approval spread. When it comes to the question of who voters trust more to pick the new Supreme Court justice, Obama beats out Trump 52-45.
Voters don't think that Trump's Electoral College victory while losing the popular vote is really fair- 50% think the candidate who receives the most votes nationally in the election should become President, to only 37% who disagree with that concept. Over the course of the campaign we found there was a cult like aspect to Trump's support, where any idea he put forth a substantial share of his supporters would go along with. We see that trend continuing post election. 60% of Trump voters think that Hillary Clinton received millions of illegal votes to only 18% who disagree with that concept and 22% who aren't sure either way.
A couple other findings related to the vote in this year's election:
-40% of Trump voters insist that he won the national popular vote to only 49% who grant that Clinton won it and 11% who aren't sure.
-Only 53% of Trump voters think that California's votes should be allowed to count in the national popular vote. 29% don't think they should be allowed to count, and another 18% are unsure.
There's been a lot of attention to the way fake news has spread and been believed especially by Trump supporters and that's borne out in our polling:
-73% of Trump voters think that George Soros is paying protesters against Trump to only 6% who think that's not true, and 21% who aren't sure one way or the other. (I personally had to explain to my Grandmother that this wasn't true a few weeks ag0 after someone sent her an e-mail about it.)
-14% of Trump supporters think Hillary Clinton is connected to a child sex ring run out of a Washington DC pizzeria. Another 32% aren't sure one way or another, much as the North Carolinian who went to Washington to check it out last weekend said was the case for him. Only 54% of Trump voters expressly say they don't think #Pizzagate is real.
There's also been a lot of discussion recently about how we might be in a post-fact world and we see some evidence of that coming through in our polling:
-67% of Trump voters say that unemployment increased during the Obama administration, to only 20% who say it decreased.
-Only 41% of Trump voters say that the stock market went up during the Obama administration. 39% say it went down, and another 19% say they're not sure.
Trump's been in a variety of fights with the media recently, and he's losing all of them:
-By a 49/40 spread, voters say the New York Times has more credibility than Trump.
-By a 48/41 spread, voters say CNN has more credibility than Trump.
-While Trump's favorability rating is negative at 43/51, Saturday Night Live's is positive at 48/33.
Trump's certainly been effective at turning his voters against the various entities he's feuding with though. Among Trump voters the Times has a 7/71 favorability spread, CNN has an 11/76 favorability spread, and SNL has a 17/61 favorability spread. The musical Hamilton has an 11/45 favorability with Trump voters, compared to 61/3 with Clinton voters.
Other notes from our national poll:

Obama On Russian Hacking: 'We Need To Take Action. And We Will'

President Obama says the United States will respond to Russian cyberattacks that the intelligence community has concluded were part of an effort to influence the 2016 presidential election.
In an interview with NPR's Steve Inskeep that will air Friday on Morning Edition, Obama said, "I think there is no doubt that when any foreign government tries to impact the integrity of our elections ... we need to take action. And we will — at a time and place of our own choosing. Some of it may be explicit and publicized; some of it may not be."

"The American people deserve to know that their President is putting the United States' interests before his own."

Five top Senate Democrats say they will introduce legislation when Congress returns for its new session in January that would force Donald Trump to sell off at least some of his assets and solve his complicated conflict-of-interest problems. Trump owns hundreds of businesses and has a broad range of financial interests, from traditional investments such as stocks and bonds to large real estate holdings to licensing deals in the United States and abroad. Trump also has significant debts, totaling at least $713 million. But even as pressure has mounted on the president-elect to deal with the minefield of conflicts created by his holdings, Trump has indicated he will not divest himself of his interests. Instead, in a series of tweets, Trump has indicated he plans to simply stop actively managing his businesses. That's not enough, say the group of Senate Democrats.
Conflict-of-interest rules currently apply to all top federal officials—except the president and vice president. The carve-out was enshrined during the George H.W. Bush administration, at least in part because the president and vice president can't recuse themselves from their duties if they run into the same strict conflict-of-interest rules governing other federal employees. Since then, presidents and vice presidents have voluntarily taken steps to avoid even the appearance of conflicts, often by placing their assets in blind trusts. For example, in preparation for his 2008 campaign, Barack Obama put almost his entire personal stock portfolio in Treasury notes and the remainder into widely held mutual funds. Obama also declined to refinance his home mortgage, even though far lower rates are now available, so as not to create even the appearance of a conflict of interest.
Full Story 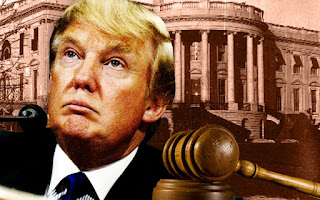 Donald Trump vs. the CIA over Russian Hacking: A Closer Look Seth Meyers 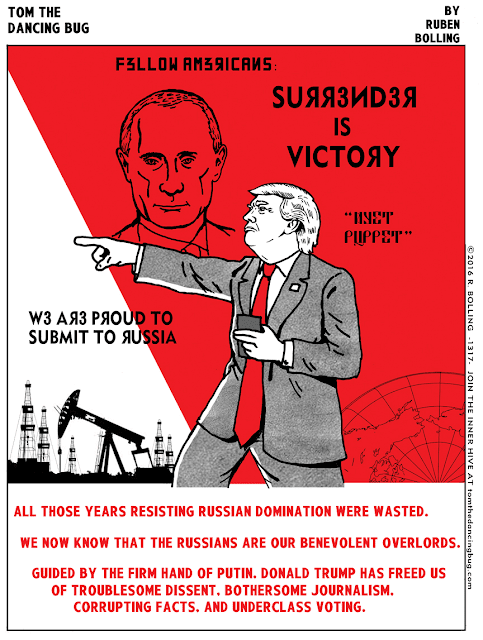 Agency That Defends Elections From Hacks Was Hit By Hackers

The security firm discovered the hacker offering logon credentials for access to computers.

12/15/2016 06:27 pm ET
The U.S. agency charged with ensuring that voting machines meet security standards was itself penetrated by a hacker after the elections in November, according to a security firm working with law enforcement on the matter.
The security firm, Recorded Future, was monitoring underground electronic markets where hackers buy and sell wares and discovered someone offering logon credentials for access to computers at the U.S. Election Assistance Commission, company executives said.
Full Story 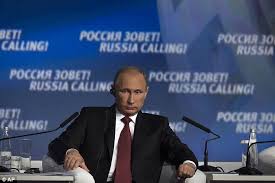 Published on Dec 14, 2016
Is there an undercurrent of electors that will vote their conscious and against Trump? Cenk Uygur and John Iadarola, hosts of The Young Turks, break it down. Tell us what you think in the comment section below. https://www.tytnetwork.com/go