Collusion with a foreign leader to commit election fraud is TREASON 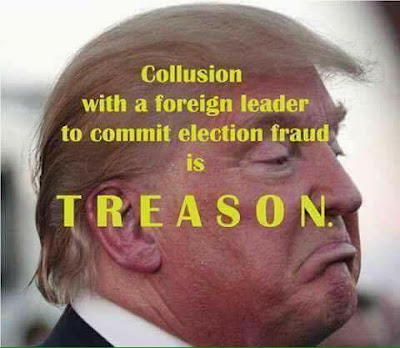 Harry Reid: The Trump Campaign ‘Was In On’ Russia’s Election Hacking

Earnest: Trump may have known Russia behind hacking before Election Day ~ video below

A Message for Electors to Unite For America PSA

Published on Dec 14, 2016
Only 37 Electors are needed to change the course of history. Record your own video addressing the Electors directly—let them know why you support them, and share why you think their decision is so important to America. Share the video with the hashtags #UniteForAmerica and #SupportTheElectors. Sign up for our local events here: https://www.facebook.com/pg/uniteamer...


Why GOP Electoral College Members Can Vote Against Trump

Born of slavery, the Electoral College could stand against racism in ...

Screw you Trump voters - it's on.

The guy is accused of manipulating U.S. politics and enabling the killing in Aleppo, and his favorability rating goes up. Seriously?

12/14/2016 02:49 pm ET
Much like President-elect Donald Trump and Vice President-elect Mike Pence, 9 in 10 Republicans describe Putin as a strong leader. Nonetheless, about 7 in 10 say they’re confident in Trump’s ability to “handle Russia.” By contrast, only 28 percent of Republicans say they have confidence in the CIA.
Full Article 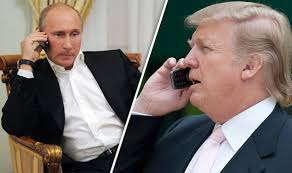 Republicans Show True Colors As GOP Views Putin More Favorably Than Obama
Republican opinions of Putin spiked around the same time Trump called on Russia to hack Hillary Clinton's emails.
By Sean Colarossi on Wed, Dec 14th, 2016 at 9:29 pm
According to a new Economist/YouGov poll, Republicans view Vladimir Putin – a man directly involved in a cyber attack against the United States  – more favorably than current U.S. President Barack Obama.
The survey showed that 17 percent of Republicans have a very or somewhat favorable opinion of the current president – a not-so-surprising number.
What is surprising is that GOPers, by double digits, have much more positive feelings about Putin. According to the poll, 37 percent have very or somewhat favorable feelings about the Russian president who, again, personally influenced America’s presidential election.
Over the past two years, Putin’s favorability rating among Republicans has grown by a stunning 56 points. Democrats, on the other hand, view him more negatively now than they did in 2014.
Full Article

Why it never trickles down or here we go again.

Via Inequality Media
Published on Dec 9, 2016
Why is the conservative economic formula backwards? Watch our latest video to find out -- and share!

A Man in Debt Is Beholden

Trump owes $713 million in loans, $2 billion in real estate debt
Mother Jones, 3 days ago Below is a list of all the financial players that Trump owes money to and how much Trump directly has borrowed from each one. This roster is based on publicly available loan documents. According to his own public disclosure, Trump, as of May, was on the hook for 16 loans worth at least $713 million. This list does not include an estimated $2 billion in debt amassed by real estate partnerships that include Trump. One of those loans is a $950 million deal that was cobbled together by Goldman Sachs and the state-owned Bank of China—an arrangement that ethics experts believe violates the Constitution’s emolument clause, which prohibits foreign governments from providing financial benefits to federal officials.

Who knows what his tax returns would reveal. Perhaps he's not a billionaire or even a millionaire. Most likely a shitty businessman wanna be. Beholden the world over and easily exploitable. 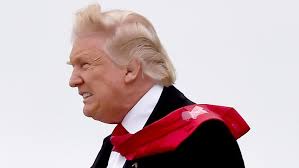 Trump's Empire: A Maze of Debts and Opaque Ties - The New York ...

A bright orange Trump depends on Jones for news and talking points.


Via Dead State
Conspiracy theorist and InfoWars host Alex Jones is scrambling to erase content he’s disseminated related to #PizzaGate, according to Media Matters.
Promoters of the Pizza Gate conspiracy theory claim that a D.C. pizzeria was used as headquarters in a child sex trafficking operation run by Hillary Clinton. The story was shared on numerous junk websites and was even shared on the social media accounts of people close to president-elect Donald Trump‘s transition team.
It’s well known that Jones was an avid promoter of Pizza Gate, until InfoWars fan Edgar Welch walked in the Comet Ping Pong pizzeria in D.C. and fired off a few rounds from his assault rifle. Now, Jones is doing everything he can to distance himself from the fact that he helped the ridiculous claims go viral.
One particular video where Jones says that Clinton is “one of the most vicious serial killers the planet has ever seen,” and goes on to accuse her of being a pedophiliac child killer, was viewed over 427,000 times before being scrubbed from his YouTube channel (it has been archived here).
The video, titled “Watch PIZZAGATE: The Bigger Picture on YouTube,” was shared by Welch before the shooting.


Right Wing Watch was able to recover the video’s audio:
In the wake of the Comet Ping Pong shooting, the FBI filed a criminal complaint that inquired about the video.

WASHINGTON ― As a parting gift to women, the Obama administration finalized a rule on Wednesday that will prohibit states from defunding Planned Parenthood for political reasons. 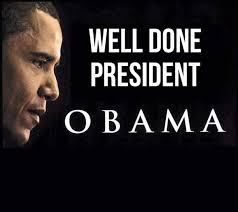 by Nancy Scola via Politico

Twitter was told it was "bounced" from Wednesday's meeting between tech executives and President-elect Donald Trump in retribution for refusing during the campaign to allow an emoji version of the hashtag #CrookedHillary, according to a source close to the situation.

Trump Grill Could Be the Worst Restaurant in America

And it reveals everything you need to know about our next president. 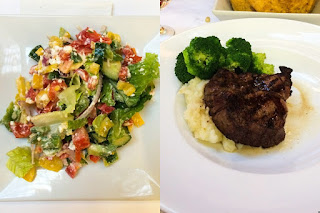 Halfway through a recent late lunch at the Trump Grill—the clubby steakhouse in the lobby of Trump Tower that has recently become famous through the incessant media coverage of its namesake landlord, and the many dignitaries traipsing through its marbled hall to kiss his ring—I sensed the initial symptoms of a Trump overdose. Thanks to an unprecedented influx of diners, we were sitting at a wobbly overflow table outside the restaurant, in the middle of a crush of tourists, some of whom were proposing to their partners, or waiting to buy Trump-branded merchandise, or sprinting to the bathroom.
Full Article

Ironically Trump's restaurants could have been YUGE, BIGLY and BRAGGADOCIOUSLY successful.

The Trump Hotel Lost Two Celebrity Restaurants. A Look at The ...

All the Big-Name Chefs Who Refused to Work With Donald Trump ...

Now Trump is off to court again 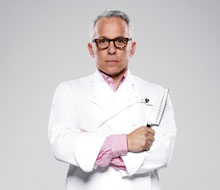 While out on his "Thank You" tour, President-elect Trump smugly admits to lying about his campaign promises to lock up Hillary Clinton and "drain the swamp." (5:42)

Indivisible: A Practical Guide for Resisting the Trump Agenda

Donald Trump is the biggest popular vote loser in history to ever to call himself President-Elect. In spite of the fact that he has no mandate, he will attempt to use his congressional majority to reshape America in his own racist, authoritarian, and corrupt image. If progressives are going to stop this, we must stand indivisibly opposed to Trump and the members of Congress who would do his bidding. Together, we have the power to resist - and we have the power to win.
We know this because we’ve seen it before. The authors of this guide are former congressional staffers who witnessed the rise of the Tea Party. We saw these activists take on a popular president with a mandate for change and a supermajority in Congress. We saw them organize locally and convince their own members of Congress to reject President Obama’s agenda. Their ideas were wrong, cruel, and tinged with racism - and they won. We believe that protecting our values and neighbors will require mounting a similar resistance to the Trump agenda -- but a resistance built on the values of inclusion, tolerance, and fairness. Trump is not popular. He does not have a mandate. He does not have large congressional margins. If a small minority in the Tea Party can stop President Barack Obama, then we the majority can stop a petty tyrant named Trump.


Who is this document by and for?

We: Are former progressive congressional staffers who saw the Tea Party beat back President Obama’s agenda.

We: See the enthusiasm to fight the Trump agenda and want to share insider info on how best to influence Congress to do that.

You: Want to do your part to beat back the Trump agenda and understand that will require more than calls & petitions.

You: Should use this guide, share it, amend it, make it your own, and get to work. 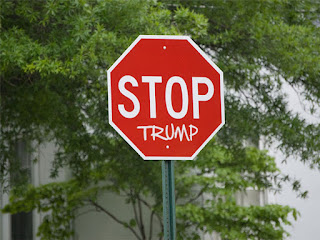