A Muslim Comedian Sat Next To Eric Trump On A Flight. Here’s What He Learned. 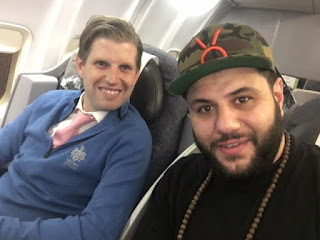 The vibe that I got was that it was all a game [to the Trumps],” Amer told HuffPost. “This whole thing was a game. I don’t think there’s any regret about what they’re doing and what they had to do to win.” Amer said Eric seemed “disconnected” from the fear and hate crimes plaguing people across the country right now, an issue Amer cares passionately about. But they did agree on one thing. When Amer said Donald Trump “play[ed] the media like a fiddle,” Eric concurred.
“He was like, ‘Yeah, he did.’” 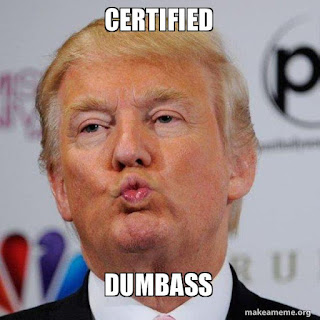 Donald Trump committed his third major diplomatic faux-pas just this week when he called the President of Taiwan, Tsai Ing-wen, breaking decades of established protocol. He was the first president-elect to do so since 1979 when the United States broke diplomatic relations with the island nation in order to recognize the government of Beijing as the legitimate government of China.

I have said before that there are no training wheels to becoming president, and we may have seen the effects of that today.
Reports are ricocheting across the news media and the diplomatic world that Donald Trump has become the first United States President or President-elect to speak directly with the leader of Taiwan in decades.
There is no bigger touchstone to the stability of the far rim of the Pacific than the issue of Taiwan. We do not yet know what precipitated this apparent gross breach of established American protocol, but the damage may already have been done. This is deeply serious business. You can expect that the government in Beijing is burning up the trans-Pacific communications with some version of “what the hell is going on?” They will likely make their displeasure, if not fury, known very quickly.


There’s is nothing would concern the Mainland Chinese more than to have a suspicion that American foreign policy will change. We can guess that this was something Trump and his advisors didn’t think through. Or maybe it was meant to be provocative. Regardless, someone needs to tell the President-elect that this isn’t some “reality-show” that you can fix in the editing room floor.

For the first time, Donald Trump has said he supports finishing construction of the controversial Dakota Access Pipeline....The company behind the pipeline, Energy Transfer Partners, had donated $100,000 to a Trump Victory Fund before the election in the hopes that he’d greenlight it.
....There’s also a seedy financial twist here: Last week, disclosure forms suggested that Trump himself had as much as $300,000 personally invested in the project. That explains why his transition team had to clarify that Trump’s support "has nothing to do with his personal investments and everything to do with promoting policies that benefit all Americans."


2000 veterans to give protesters a break at Standing Rock

WFAA.com - ‎20 hours ago‎
Protesters say the $3.8 billion, 1,172-mile pipeline that would stretch underneath a lake on the Standing Rock Sioux Reservation -would threaten water resources and sacred Native American sites. The pipeline is owned by Energy Transfer Partners LP, out ...

Why tribes gather to stand at Standing Rock

Alaska Dispatch News - ‎7 hours ago‎
For most of this past week, a winter storm has lashed at the North Dakota prairie camp where the Standing Rock Sioux are making a stand to keep an oil pipeline away from water that is a source of life for them. The sight of Native people shivering in a ...

We must all stand together and STOP TRUMP from allowing this and personally profiting from it too.
You help is needed now more than ever!

If you buy his debt, you buy him. Terrifying. Won't a nice progressive group of billionaires help us out and buy it or ????

Holy Conflict of Interest! The Firm Holding Much of Trump's Debt May Be Up for Sale.

Would you want to buy up a US president's debt?


Coming to an auction block near you: Donald Trump's $100 million mortgage on Trump Tower?
As Mother Jones has detailed for months, Trump owes hundreds of millions of dollars to a variety of lenders, giving his bankers a huge amount of potential leverage over the man who will soon occupy the most powerful office in the world. Already there are concerns about Trump's biggest lender, the troubled Deutsche Bank, which he owes at least $364 million. On Friday, Reuters reported that his second-biggest lender, a small Wall Street firm called Ladder Capital Strategies, may be putting itself up for sale to the highest bidder. Public records show Trump owes the firm at least $282 million, on four lines of credit. This means that other big money players—Wall Street firms, American banks, overseas banks, financial institutions partly owned by foreign governments—could move to buy up the debts of a US president and create a host of conflicts of interest.
Full Article 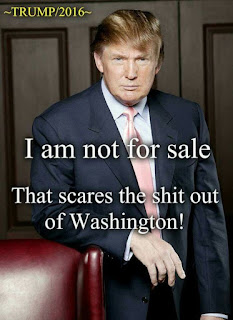 U.S. Expected To Forgive At Least $108 Billion In Student Debt

Heard on All Things Considered
A report released Wednesday by the Government Accountability Office says the U.S. is on track to forgive at least $108 billion in student debt. This is due to the number of people who have enrolled in plans the Obama administration promoted to help borrowers avoid default. The GAO report finds the Education Department also understated the cost of these plans. NPR's Ari Shapiro talks to Danielle Douglas-Gabriel of The Washington Post.
Full Article

..and from the Orwellian segment of the media...

The Wall Street Journal’s editorial board joined a chorus of right-wing outlets in blasting the federal government’s income-based student loan repayment program, calling it a costly “con” meant to “buy millennial votes.” Yet right-wing media are ignoring the benefits of a program that could relieve millions of student borrowers of a portion of their remaining debt and that is still generating a profit.

Nickle bet that Trump takes credit for it when it proves to economically advance the lower and middle classes.

As Democrats struggle to regroup following Donald Trump’s win, Vermont Senator Bernie Sanders says the party needs to stand up for the kind of working class voters who abandoned Hillary Clinton in the election. Senator Sanders sat down with KQED Senior Editor for California Politics and Government Scott Shafer.
More from KQED
KQED · 0:09 Watch Part One of the interview at https://www.facebook.com/KQED/videos/10153815712641191/

Update on WI, MI, PA Recount Battles - with major stunner!
By VAallBlue
Update #1:   This is a potentially explosive discovery.  5 of the 9 voting machines being used in the recount in St. Croix County, WI may have been tampered with.  These are a couple of photos available (Jill Stein added them to her website).
Oh, and these voting machines have USB ports in them … not that anyone would try to insert any unapproved software (or malware).
Read full article


Five of the nine machines being used in the recount have tampered seals. Photo of broken seal. 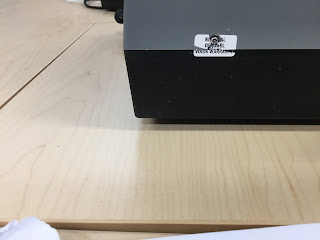 WISN Milwaukee-11 hours ago
A federal court judge rejected a pro-Trump request for an immediate halt to the Wisconsin presidential recount but allows the lawsuit to proceed ...
Donald Trump's objection to the Michigan recount could be a sign of ...
In-Depth-Salon-13 hours ago