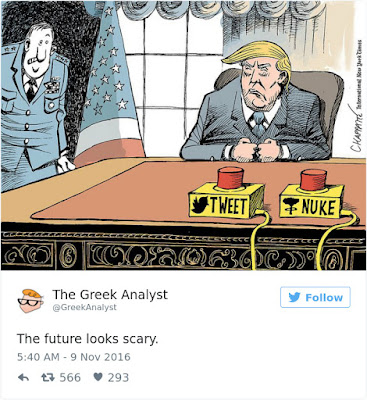 FoxNews.com
President-elect Donald Trump's proposals would modestly cut income taxes for most middle-class Americans. But for nearly 8 million families -- including a majority of single-parent households -- the opposite would occur: They'd pay more.
Most married couples with three or more children would also pay higher taxes, an analysis by the nonpartisan Tax Policy Center found. And while middle-class families as a whole would receive tax cuts of about 2 percent, they'd be dwarfed by the windfalls averaging 13.5 percent for America's richest 1 percent.
http://www.foxnews.com/politics/2016/11/28/analysis-for-some-in-middle-class-trump-plan-would-mean-tax-increase.html 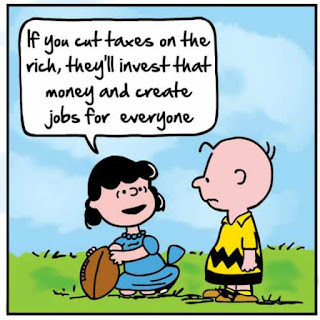 Millions of votes shouldn't count? That should frighten everyone. 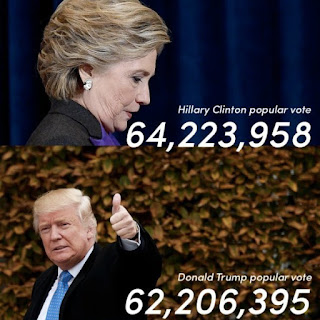 Try to imagine the rightwing outrage if Obama said that the few thousands of votes in Michigan, Pennsylvania, and Michigan that separate Hillary and Trump shouldn’t count and we won’t acknowledge them—and therefore Hillary should be president.
Of course, he has too much respect for our Constitution to do such a thing.  On the other hand, we are on a road where stealing elections are standard operating procedure for the GOP.  We’ve had six years of voter suppression tactics---now, even if we somehow overcome those we are told we will still lose.
To be clear: there was never a scenario—not before the election or (God-willing) the next election where Donald Trump would ever accept defeat.  He is a megalomaniac and the GOP is all to happy to kowtow to him.
Today, we got a glimpse of the total madness that is Donald Trump.  Today, he incorrectly said that he won the popular vote, and I quote, “if you deduct the millions who voted illegally".
Read the rest

Which Trump are we Getting???

The Trump who signed a full page ad in the New York Times, demanding president Obama DO SOMETHING about climate change? 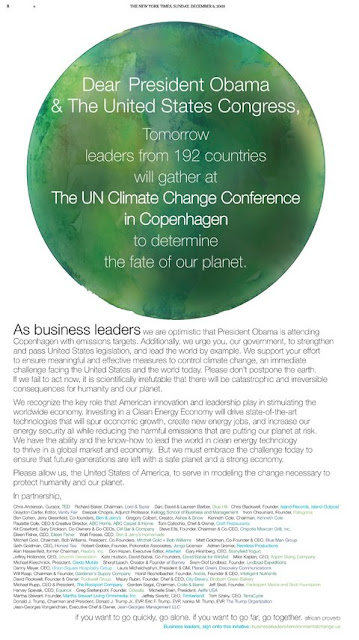 His presidency will likely be disastrous for global efforts to mitigate climate change.

We are so screwed

Donald J. Trump Verified account ‏@realDonaldTrump
In addition to winning the Electoral College in a landslide, I won the popular vote if you deduct the millions of people who voted illegally